Love is a Black rose. Alexandra Mikova about the story of Metanoa.

“Love is a Black rose. Because it is super rare, exceptional and an outworldly thing “~ Alexandra Mikova 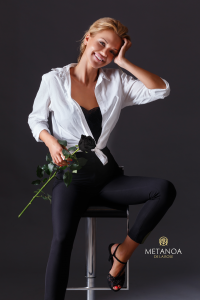 This heading appeared in Web Stage about the METANOA roses. We are really grateful for all the interesting questions we received about love, the exciting emotions and more, which were put to us in the spirit of February – the month of love.  Especially for webstage.bg the owner of the METANOA brand Alexandra Mikova told her own love story with the mystical beauty of black roses…

Once again we were tempted to tell the entire story of the legendary rose, continuing till today and we gave all the best reason why the METANOA rose presents the most exciting gift to your beloved person on St.Valentine’s Day.

“The Black rose is born in Africa. Due to a special technology it remains fresh, pristine and fragrant for over half an year and it doesn’t need any watering.”

Black is not typical for flowers, what’s the story behind this rose?

What does Shakespeare tell us with Romeo and Juliette? That love dies and it can not exist in the material world. It dies because of what we turned ourselves into. Still I believe there are people who have learnt how to preserve it for long. I’ve seen them. As strange as it may sound there is an African man who inspired by the rose as living being, actually succeeds to keep it alive and creates the black rose. The story goes back in 1956. Back then, the biggest producer of roses – The Netherlands, decides to remove the flower gene which provides them with the favourite strong aroma. The reason is very practical – the allergies of most western people from any strong smells. A decision which till today has deprived the roses imported in Bulgaria from its delicate aroma. Going back to the creator of the first black rose, he wished to keep the live and aroma of the roses, and to preserve them in the rarest of all colours – the black. There’s no other black than black, says Ives Saint Loren and there is no flower more mystical than the black rose.

I know for sure the technology of production itself is patented. However, I’ll share a small secret with you – each black rose contains a molecule of passion, poetry and mystery.  This turns it into a metaphor of love.

What’s the legend about the Black Rose? 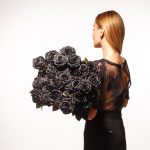 Roses come from Persia, also called “Gyulistan”, which can be translated as Garden of roses. However, the  most ancient legend of roses was not born in Persia, but India and is about the goddess of health and well-being, Lakshmi. Once, a rose blossomed and inside it was the goddess Lakshmi. That was all that the guardian of the universe, Vishnu, was waiting for. He immediately rushed to wake her with a kiss. and, of course, the story ends with marriage. A minor detail is, that the rose blossom was not accidental. It consisted of 108 large and 168 small petals. Vishnu apparently had a lot of free time to count them.

The legend doesn’t say what happened after the wedding. Maybe Vishnu was sorry he hadn’t missed a petal or two while counting to buy himself some time. As with any legend or story, it is up to us to believe that they lived happily ever after, or that the author didn’t have enough of an imagination to finish the story.

Where did the idea for this challenge come from?

The creation of the Metanoa brand gave me the chance to rediscover my own femininity. I had too much Yan in my official autobiography – a lawyer by education and trade in the energy sector. I probably caught up on the In Yin harmony through the enthusiasm in the creation of Metanoa. I’ve always felt the need to discover the world through personal challenge. It took a lot of bravery to start this project, because I’ve never been a flower girl (how a friend of mine keeps calling me lately) and every new beginning makes us face the levels of our own incompetency. These sudden changes in trade are much easier for a man than a woman.

Most women are taught from infancy to avoid taking risks, because of the chance of failure. We’re taught to smile, play it safe and be as pretty as flowers. Men, on the other hand, are taught to be tough, to climb to the top and then jump, head first. And when they become adults, no matter if they are leading a business or asking a woman out on a date, they are used to taking risks. In other words,men are taught to be brave, and women – to be perfect. If more women learned to live comfortably with their imperfections, they’d have more time to be brave and to not leave their dreams for tomorrow. Women can leave perfection to the black rose, and instead of looking at themselves through their own critical eyes, they can do so through the eyes of the man that gave them Metanoa.

What message does Metanoa carry  as a brand? 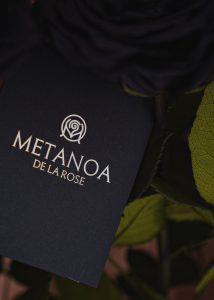 In the last two decades human knowledge has increased a lot regarding technology and the study of matter. I’ll give you an example – Ferrari was founded in 1929, but if you ask your grandmother or even your father when they heard of them for the first time, the answer will be somewhere in the last 20 years. It is not the same with feelings though – neither when it comes to feeling or expressing them. There’s a myth that women want to be understood by men. As a woman I firmly state that I don’t want to be understood. It’s important to me that I understand myself. What every woman wants is to see admiration a man’s eyes, to feel like she’s the only one, and she’s perfect. That means that a gift to a woman has nothing to do with the material, but rather giving her the feeling that she’s divinely unique. That’s why Metanoa de la rose is not a flower shop. It’s a brand for those who want to gift attitude, to make someone feel special and unique, just like the black rose. And because attention to detail is always on an emotional level, the black rose is always a good choice.

Where’s all that enthusiasm coming from?

In our team, we often joke that what we do is more pleasure than business. It’s a pleasure to gift emotions and attitude. People allow us to touch their love, to those special moments when we forget the labyrinth of everyday life and we think about the happiness of someone else. Unlike other businesses that have to do with solving one problem or another, we at Metanoa are fortunate to be engaged in people’s positive emotions, and their desire to express and materialise them. Clients seeking the right words or gestures to express how special someone is to them, people who want to make someone smile with or without an occasion. Let’s not forget that everything is matter of love, in one form or another.  It is what makes you happy with yourself. Every gift is love in action. Every time we give, it is love. 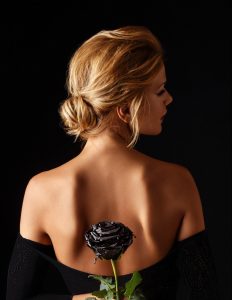 Ralph Emerson says that a true gift is to give a part of yourself.And if you think about gifts, far, far back in time, you’ll see that everyone gifted a part of their labor – vine growers part of their vines or wine, farmers part of their crops, goldsmiths – jewellery, a young girl – a handkerchief she embroidered herself. Nowadays, our professions do not allow for much of this. What can a lawyer, an economist or an accountant can give, that is a fruit of their labor? And although we are surrounded by possibilities in the stores, one of the most common questions in Google after “What’s gluten” and “What’s altruism” is “What is love” and “What is a suitable gift”

What are people’s first reactions when faced with such beauty?

I still haven’t met a person to not be surprised by the Black Metanoa Rose. After the initial surprise there’s usually a question in the spirit of “I don’t believe my eyes” – “Is that a real rose” , “Is it really black” , “Can I smell it” , “How does it last six months”. That’s why when Dilov decided to stand behind the rose with his gift for words, he started with “Love is a black rose. Because it’s immeasurable, exceptional and seems not of this world. It actually exists, it IS. And it is as rare as real love.”

Even though a lot has been written about love by so many people, no one has managed to classify it. Just how you can’t classify what exactly is Metanoa an the black rose.  It is everything or nothing, depending on the kind of message on person sends to another. It is not a coincidence that the brand’s name is Metanoa de la rose, meaning the rose that changes the way you think. The etymology is from the ancient greek word Metanoya, but the initial association is with “meta” and “noir” meaning beyond the black.

Beyond the black, there’s only the universe that your own imagination can create. And let’s not forget that the shadow of a white rose is also black.

St’ Vallentine’s is a few days from now, what do you want to wish people?

Che Guevara had this thought that always excited me – “These hard times should not make us forget the softness in our hearts.” . And if the black rose could speak to the one it was meant for it would probably say “I’m the rose and you’re the thorns that don’t allow others to have me. That’s how stuck you are in my thoughts. do you know? I don’t think so…”. 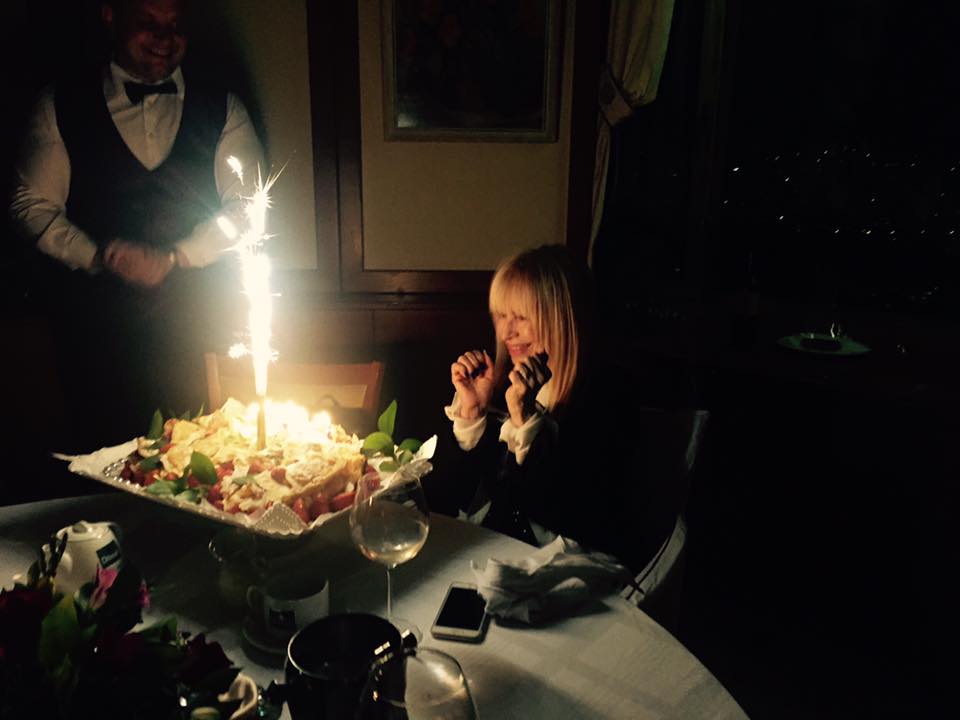 Lilly Ivanova – Another popular star who received the Metanoa rose 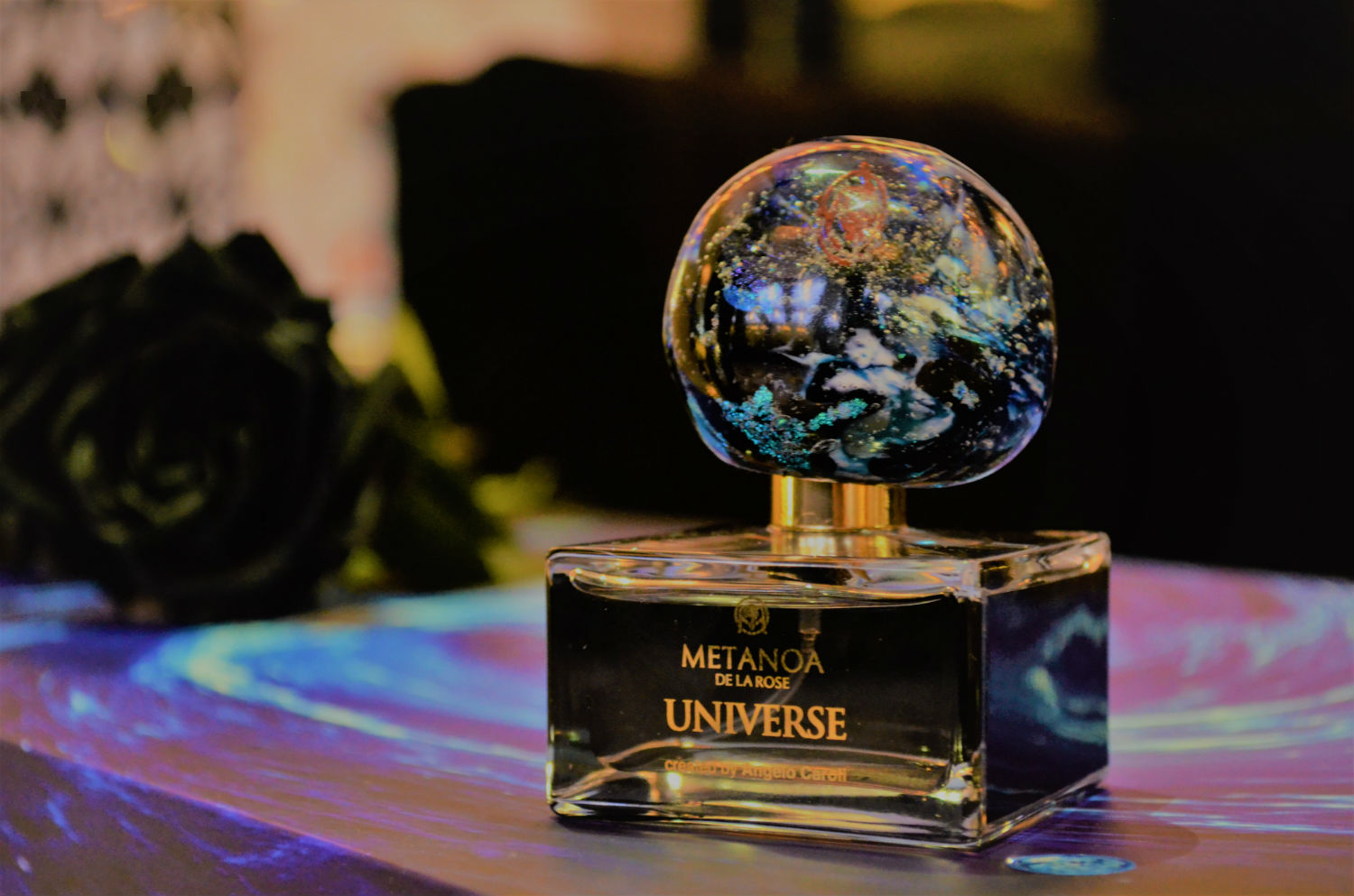 UNIVERSE: THE GIFT AS ART AND THE ART OF GIFTING 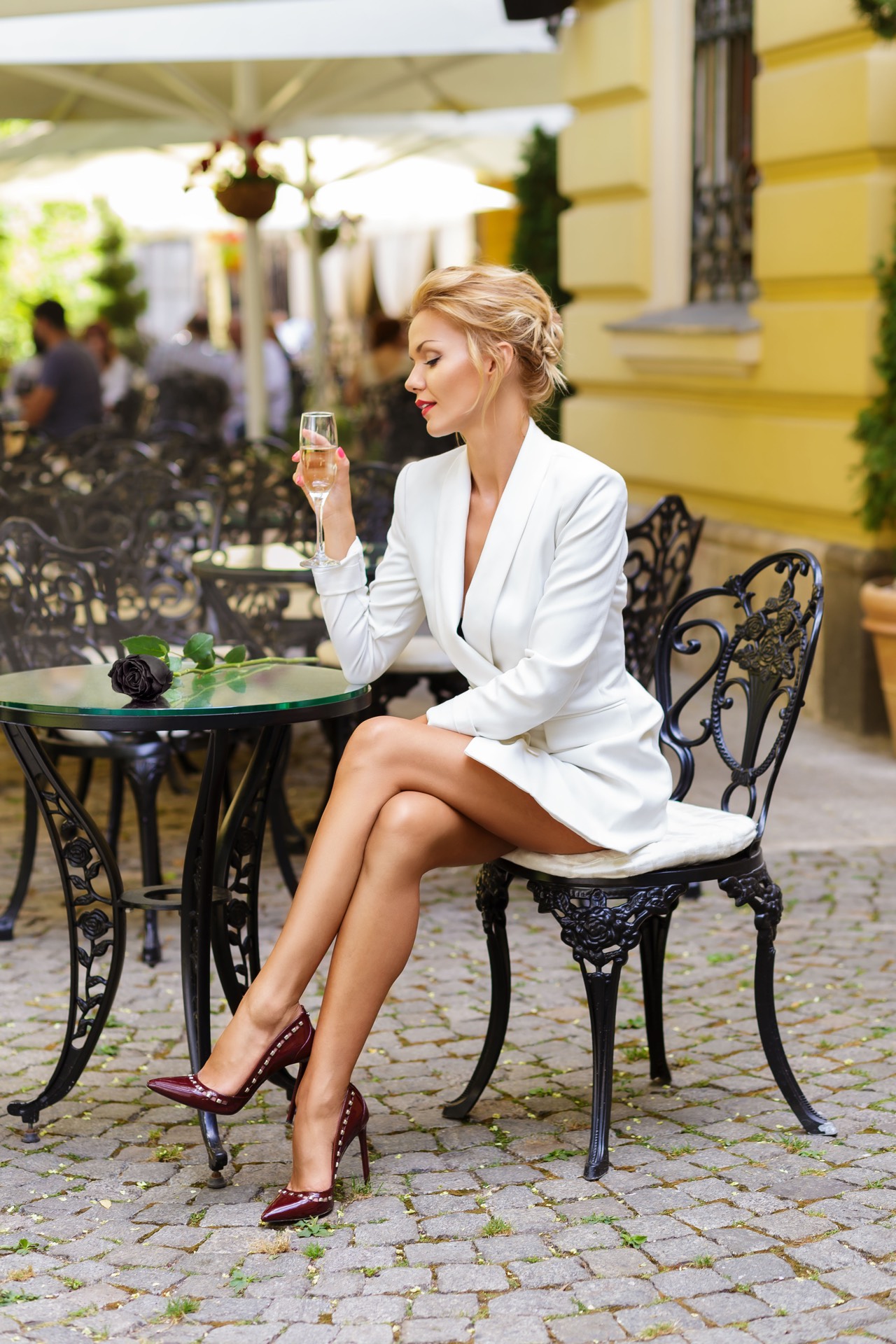 METANOA – The Black Rose in Bulgaria

Now Shipping to Every Place in Europe!

RomaniaSerbiaItalyRussia
More information about Shipping & Shopping with Metanoa is available at our website.

We make it easy to shop from all European countries with:
View Cart Checkout Continue Shopping